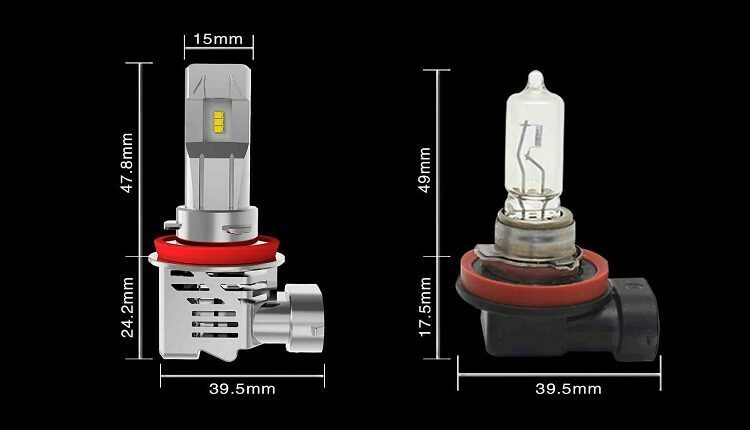 It is said that the world’s first car headlight appeared in 1887. It was a portable lamp used by farmers. At that time, a driver got lost in the dark wilderness, and it was a peasant friend who guided him home with a hand lamp. In 1906, battery-powered headlights appeared for the first time in the world.

From 1920 to 1960, incandescent lamp became the first choice of automobile lighting. In the 1960s, halogen lamps became the new darling of automobile headlamps (the industry code is called H1 bulb). It is the longest-used luminous light source in the history of automobile lighting, and some car factories are still using the constantly improved H1 light bulb. In the 1970s, double tungsten filament bulbs were invented, which could concentrate the light sources of far and near lamps on the same bulb. At that time, this kind of double tungsten filament bulb design was very popular in Europe, so it was called European light bulb. In 1980, the United States introduced the American regulation light bulb which is suitable for the American regulation car.

From then on, the automobile lighting is divided into two different systems: the European regulation and the American regulation. In 1995, Mercedes-Benz equipped HID, for the first time in mass production (E-class cars). At present, xenon headlamps have been gradually listed as standard equipment for some medium and high-grade cars. In 2007, Toyota took the lead in adopting LED (Light-EmittingDiode light emitting diode) headlights on the Lexus LS600h, which marked the entry of the LED era of headlight technology.

LED technology is the most advanced automotive lighting and high-brightness white LED can achieve the output of 200LM / W which is nearly the highest among the lamp market. One of our products called NOVSIGHTS F06 High Power LED Headlights Conversion Kits/Fog Light Bulb can achieve that output with super long service life. From A-class cars to E-class cars, a common trend is that the use and market share of LED are increasing, because LED has the advantages of no delay, environmental protection, energy saving, longevity, low heat, earthquake resistance, high color purity and so on. Our hot sell product NOVSIGHT High Lumen & Qulity H11 LED Headlight Bulbs not only satisfy all advantages mentioned above, but also fit multiple LED light base.

Motorcycle Training – What to Expect

Things To Know About The Bearing Kits

Factors to consider when purchasing spare parts from an online store.

5 of the Coolest Luxury Car Accessories You Can Buy

Essential Accessories You Probably Want For Your New Car